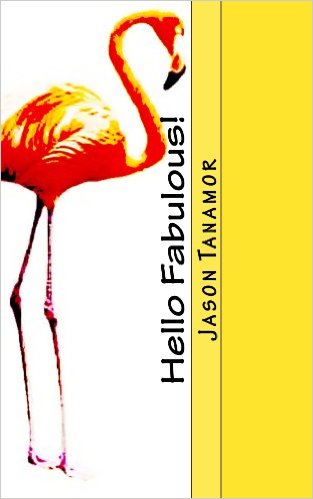 The Flamingo, the biggest openly gay event in the world, decides to move from its usual destination of Las Vegas to the lesser-known city of Moline, Illinois. The event features gay musical acts, clinics, and novelties, and is coming to Moline for the first time due to tax breaks and the fact that the mayor is the uncle of the one and only fabulous host, Spencer Gayman.

Randy Straight, a boring hetero, is continually mistaken for Gayman. This mistake begins to snowball, with the media believing that Gayman has hit the town well before the scheduled event to perhaps scout out restaurants, tour, shop, or all of the above.

Straight then sees his life go from “straight and boring” to “gay and FAB-you-LUSS” overnight. He begins to receive VIP treatment in the form of restaurant, hotel, and clothing comps. Not to mention the occasional hetero woman willing to turn Gayman straight.

Straight’s super hetero friends, Peter Christman and Jack Dudemeister, begin to enjoy the perks of being in a celebrity entourage. They encourage Straight to play the part – 100%. That is until Gayman comes to town for real after hearing that his good, gay name has been tarnished by being seen in places like K-Mart. “Oh no he dih’nt!”

HELLO FABULOUS! is a hilarious gay friendly comedy about mistaken identity that results in a climax that determines the REAL fabulous one. Oh, and there’s a giant flamingo, too!

"...a fun "beach read" that had me chuckling."
- Books on Fire
"I think Jason Tanamor will win the Pulitzer Prize very soon."
- Stan Stankos, Comedian
"Tanamor's humor has the appeal of SNL's 'Deep Thoughts' - it's not just off-beat - it's an entirely different time signature."
- Jenna Glatzer, Author of "Celine Dion: For Keeps"