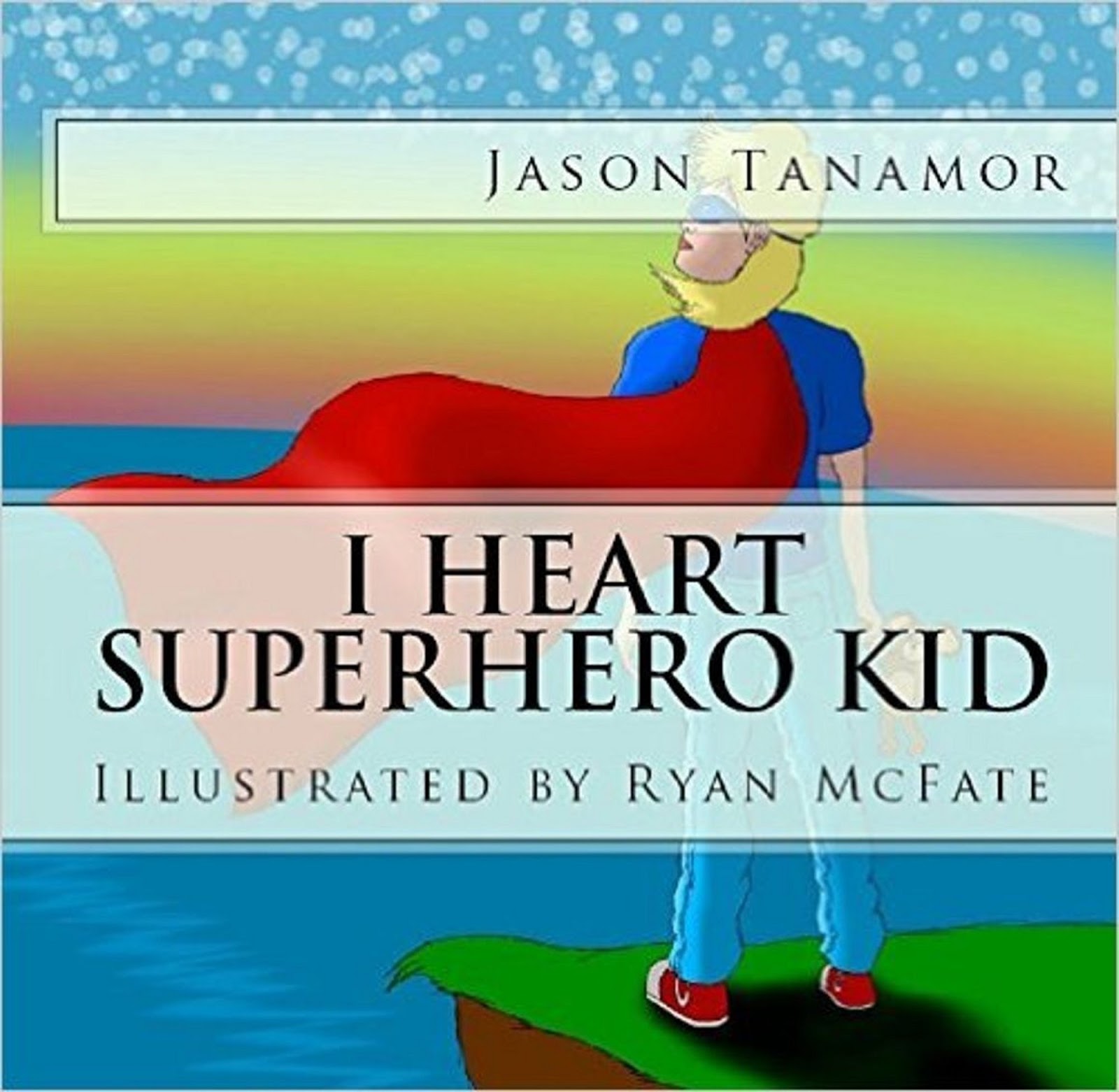 The legacy of Superhero Kid is tested when his family's arch enemy, the Evil Man, plots out major sadness during the city's largest public event - the best pizza pie contest. A city filled with happiness - largely due to the protection of Superhero Kid - the Evil Man challenges the area's beloved hero to a hand-to-hand battle.

Lizzy and Carrie, two preteen school girls, obsess over the thought that Superhero Kid may actually be a student at their school. Armed with past yearbooks and determination, the two friends narrow down all the boys in a selfish attempt to reveal the identity of Superhero Kid.

On the day of the best pizza pie contest - the event seeing big named celebrities such as Johnny Depp and Brad Pitt, politicians like President Obama and Bernie Sanders, and musicians including The 1975 - the Evil Man makes his move. Taking Lizzy hostage, Superhero Kid arrives to save the day. But not before an epic battle between happiness and sadness. With moves such as snake bite arm twists and Wet Willies, Superhero Kid handles the Evil Man's threat in stride, forcing evil to disappear for good.

The city is once again safe, and Superhero Kid is hailed a hero. However, Lizzy is left unfulfilled. That is until she develops a plan.

"I Heart Superhero Kid" is an epic superhero story told in rhyming verse involving a hero, his arch enemy, and a girl with a crazy mad crush.

"Heart Superhero Kid by Jason Tanamor is an exciting and suspenseful tale."
- Urban Reviews
"I Heart Superhero Kid is a children’s lyrical superhero ballad. This book will appeal to young children who are mesmerized by heroic tales about teenage heroes. Superhero Kid is the new savior in town, and he carries a teddy bear that shoots laser beams and wears a mask. With his heroic abilities passed down from generations, Superhero Kid is kind to both humans and animals, saving them whenever trouble knocks. Meanwhile, school friends Lizzy and Carrie are on a quest to uncover the face behind the mask. And the Evil Man and his gang are preparing for an assault on the city during the great annual event. Superhero Kid must save his town before the Evil Man can jeopardize the celebration. The author of I Heart Superhero Kid has created an original character to which kids can relate. The traits that Superhero Kid possesses are natural among teenagers. I like his use of rhyming lines in short stanzas on each page, as well as the illustrations the author's son made. The fact that this young hero uses his teddy bear as a weapon to ward off evil is a new trait. Plot settings are limited to school and nearby locations where Superhero Kid lives, but this is justified given the age of the characters and this book's intended target audience. This story is adventurous, suspenseful, and middle-school compatible. Children will love to read this book, and parents will love reading it to them."
- Lit Pick 5-Star Review