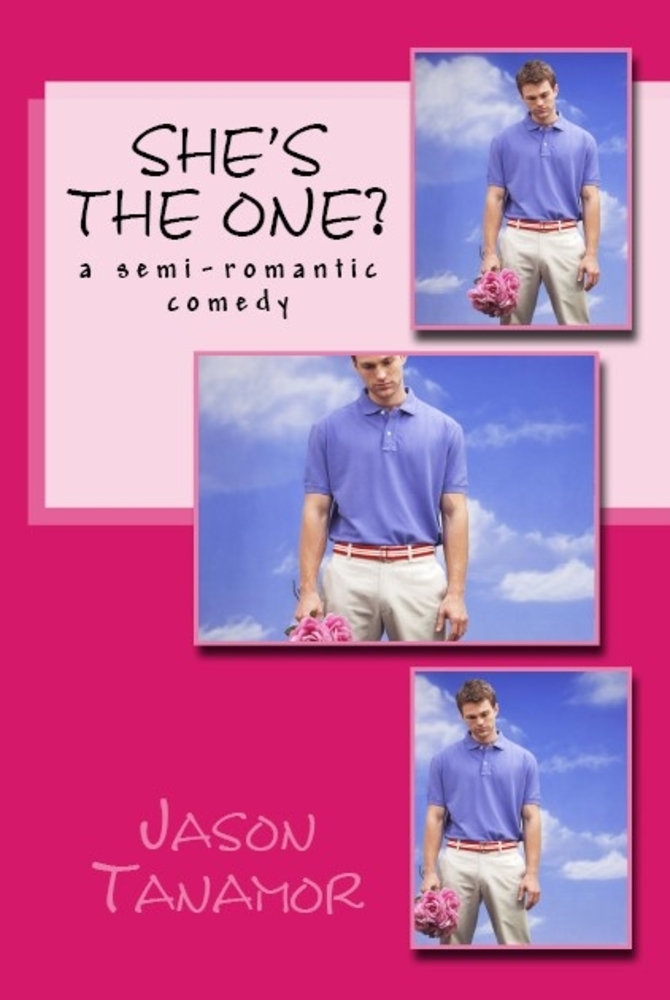 What happens when destiny leads you to the one? You follow it.

What happens when you finally meet her and she's unavailable? You make her a deal she can't refuse.

From the author of "Hello Fabulous!" comes a semi-romantic comedy called "She's the One?"

Wally has never had issues dating women. The problem is he cannot keep them straight. When a string of dates ends with Wally forgetting past flings' names, he begins to wonder if settling down is the answer.

Enter Sharon, a beautiful single woman who appears on Wally's radar by virtue of random sightings throughout town.

As Wally's dating life spirals out of control, and through continuous pressure from his parents to deliver grandkids, the Sharon sightings validate his desire to meet the one.

When things can't get any worse, destiny takes over and brings Wally and Sharon together as best man and maid of honor for Sam and Helen, a couple they coincidentally know.

Wally and Sharon first meet at, of all places, a church for the rehearsal. Wally is now convinced that destiny exists and is here to bring them together. During the rehearsal, Wally plays back his entire life, which consists of dating women, dating women, and dating women, piecing together all the Sharon sightings that lead up to this magical moment. Wally then makes his move and asks Sharon out.

The problem? She's a lesbian.

Wally makes her a deal that if they go out one time and it doesn't work out, he will never EVER bother her again. She agrees, for nothing more than to shut Wally up, giving him "one chance" to win her over.

Wally then develops a fail proof plan. Since Sharon likes women, there is only one thing he can do - develop all non-guy mannerisms. Wally does and the result is hilarity.

Fans of Dave Barry, Albert Brooks, and Kevin Smith will love this semi-romantic comedy and satire about chasing the one you can't have.